Early sketch of cyber girl Patreeka™ was released to much anticipation to the public today.  Fans say they like the direction that the concept artist is going but they also noted that she has  a right hand robot arm not a left one.  One fan was also quoted as saying that her new shoes don’t look like they would have enough room for her battery cells.   Well it looks like there  is no pleasing everyone, I am sure that behind the scenes they are dealing with these issues and more!  Stay tuned. 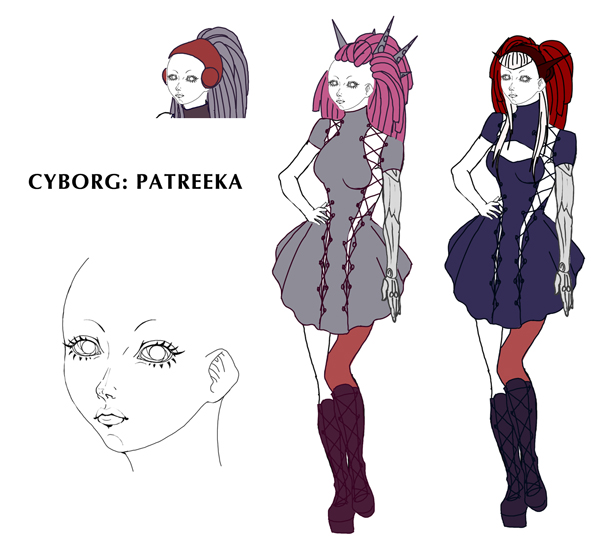 A early concept drawing of Patreeka™